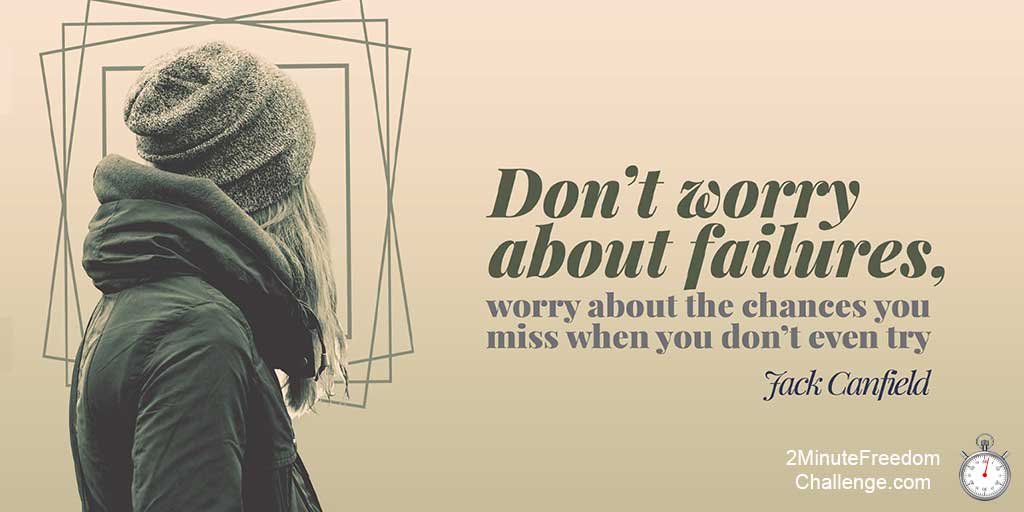 Day 36: Don’t Worry About Failures Worry About The Chances You Miss When You Don’t Even Try

When we try and fail, at least we learn how to improve for next time.

Shoot for the moon and see how far you get.

But to not even try?  It breaks my heart to watch people who won’t even try to turn their dreams into their reality.

But more likely, they’ve never had a role model to show them the path to a future beyond their wildest imagination.

If someone in your life is not even trying, be the example for them. Show them that the effort is worth the attempt.

The key to success is simple. Commit that you will try one more time than you fail. No matter what.

Skip back to main navigation

0 thoughts on “Day 36: Don’t Worry About Failures Worry About The Chances You Miss When You Don’t Even Try”